In this episode Jon (@JonPiccini) and Dave (@withsobersenses) try to work out if we have anything useful to say about an election that is all hype but actually a snoozefest. What does it tell us about the state of Australian society, what can anticapitalists draw from it? Are we about the #Changetherules or will Clive Palmer be leading us into a Kangaroo Reich? What happens the morning after?

We also address some criticisms we have received and try to muddle through some blindspots in our thinking.

Anti-politics and how to watch election night

Everyone is very excited about Jeremy Corbyn losing the election (except perhaps Van Badham). Since it was expected by the great and good that he would be crushed by the Tories the momentum of the campaign and the impressive increase in Labour’s vote share and seats won have thrown more disorder into a world political situation already rich with it. Like many I have been enjoying the schadenfreude of it all as all the morons who would pretend to rule us are shown to be the morons they are.

But more than this there is a real excitement about the result. I saw on Facebook that Craig posted a particularly apt quote from the end Mark Fisher’s Capitalist Realism:

The very oppressive pervasiveness of capitalist realism means that even glimmers of alternative political and economic possibilities can have a disproportionately great effect. The tiniest event can tear a hole in the grey curtain of reaction which has marked the horizons of possibility under capitalist realism. From a situation in which nothing can happen, suddenly anything is possible again. (Fisher 2009, 80-81)

Not losing as badly as we were told Labour would lose seems almost like a victory. Certainly, it has thrown the May government into crisis. When you have been down this long…

But what does it all mean? I’ve got no special insight into Corbyn or his campaign. Rather I want to take the opportunity to place in one spot my thoughts on the febrile debate that is going on amongst friends and comrades in Australia: does Corybn’s ‘success’ mean that a similar electoral strategy based around a revived social democratic program is a promising path for anticapitalists? I want to respond in a way to that doesn’t see us all collapsing into either some opportunistic and doomed electoral project nor some ‘sub-Debordian’ (to quote James Butler) rigid denunciation that forecloses the possibility of something novel happening. This has been promoted by a number of discussions with comrades such as with Karen (who is in Socialist Alliance) and with Tadeusz Tietze (whose work on anti-politics with Liz Humphrys(2013, 2015) has been influential on me). (Note: I do not engage with their arguments directly nor obliquely here and what I have written should not be seen as a specific critique of their positions – it is a clarification of my own thinking). I also want to take account of how developments in Brisbane have shifted my view. 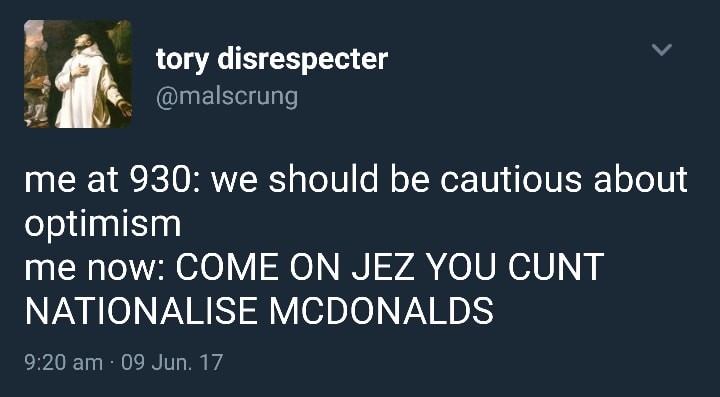 END_OF_DOCUMENT_TOKEN_TO_BE_REPLACED

The rally on the  7Th August organised by the union Together was at best a fairly dispiriting affair. The thing that I found the most depressing was a dual lack of vision and possibility. Most noticeably the lack of vision of the leadership of the union, a lack of vision which means not only can they do little to lead an effective resistance to the slow (now gathering pace) austerity of the LNP Newman government but also more despairingly they are contributing to the political disempowerment of the working class and setting us up for defeat. But the second lack of vision is the lack of vision of the anti-capitalist or radical left (to use a term that few will be happy about) to do anything to change the situation, to contribute to a real mobilisation of the class, or lay the foundations for emancipatory politics. What was on display was the double poverty: the poverty of the left-over machinery of social democracy and the poverty of those who want to do something about it. This needs to be addressed and discussed and ways out planned – ways out based not on ideological purity but reality.

END_OF_DOCUMENT_TOKEN_TO_BE_REPLACED

“The move towards a fusion of Socialist Alternative and the Revolutionary Socialist Party (RSP) has opened up an extensive discussion on the Australian left about questions of left unity, socialist regroupment, and what kind of organisation the left needs.” – Corey Oakley, Marxist Left Review, Issue 5

This has expressed itself in comradely discussions between the Socialist Alliance and Socialist Alternative via Marxist Left Review and also during Marxism 2013.  Both organisations argue that despite avoiding much of the devastation of the global capitalist crisis, assaults are being waged on the working class, Women, the LGBTI community, Indigenous people, refugees and our welfare system. It is because of this reason, they argue, that a real fight back and a real alternative are needed.  According to the Socialist Alliance (S.A) and the Socialist Alternative (SALT), a left realignment is a significant step towards presenting this alternative.