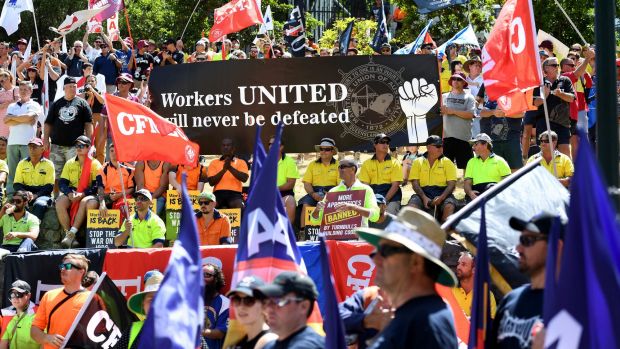 In this episode Jon (@jonpiccini) and Dave (@withsobersenses) talk about the recent cuts to penalty rates by the Fair Work Commission . We dismiss the idea that this attack is actual just a product of ‘the Right’; rather it is a continuation of the 100+ year tradition of arbitration supported by the ALP and the mainstream of the ACTU in the context of the real contradictions of capital accumulation. We discuss the movement against penalty rate cut as well as the Big Steps walk off of early childcare educators and the challenges the class faces to recomposing our power and secure emancipation.

A Fiery Defence Of Sally McManus: Thank Civil Disobedience For The Gains Of Today

The problem with ‘Join your union’

In Defense Of The “Apex Gang”

One thought on “Living The Dream after your #penaltyrates got cut”

This work is licensed under a Creative Commons Attribution-NonCommercial-ShareAlike 4.0 International License.